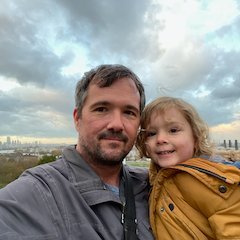 Running Multiple Databases on One RDS Instance with Laravel Vapor

This site runs on Vapor. I use Vapor at work all the time and because it's work and we can afford it, we just create an appropriately sized database instance for every site. But since I want to keep my costs down for my personal projects, I created a single affordable RDS instance and will be sharing it among all my personal sites. Here's how I'll do it.

This is the vapor.yml of this site as of this writing. You'll notice the database: personal-sites line in the production environment block.

With this configuration, this site would use a database called vapor with a user named vapor on the personal-sites RDS instance. I fired up Table Plus and created a database called edgrosvenor_me on that instance and will be using that instead by simply adding this to my .env.production file1:

Behind the scenes this works because Vapor sets some reasonable defaults for your environment. You don't have to fully configure anything. You only have to override the defaults for things you want to change. If I wanted to use a different database user instead of the default vapor I could do this:

This isn't explicitly stated in the Vapor documentation. Maybe it should be. But what I've found so far with Vapor is that when you're not sure how something works, take an educated guess. Do what you would do if you were trying to make something work on a regular server. It'll probably work. It almost always does for me.

1 To edit your .env.production file (the Vapor equivalent of .env for the production environment of your site on Vapor), run vapor env:pull production. After you've made your edits, run vapor env:push production and decide whether or not to delete the file from your local machine. I always do, but I'm not your dad so do what you want.

If you have a staging environment, it's vapor env:pull staging and vapor env:push staging.

Did you find a mistake? Have something to add? This article is on GitHub. Send me a PR!